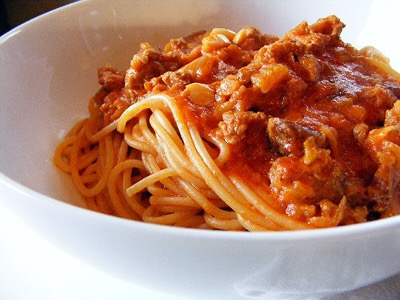 N has tears in her eyes when she tells 8 who is still in bed that, “You are not getting anything good out of this.”

N starts to work on the translation of some German texts at the dinning table.

T talks and N listens quietly with nodding her head.

N sits in bed with her iPad.

N makes meat sauce spaghetti for 8. 8 looks happy when he eats it.

N starts to type on iPad: “Is unhappiness so bad? It’s only a part of the human condition.”